Governor Cuomo made a big announcement on Wednesday for the people of New York. The state is easing restrictions on social and residential gatherings, beginning on March 22nd. The loosened rules will also allow more people inside art and entertainment venues. Cuomo’s announcement approaches the 1-year anniversary since pandemic lockdowns began, which has brought much social and economic activity to a halt. This signals a step towards New York’s reopening progression.

At the end of March, New York will increase the capacity limit for outdoor, residential gatherings from 10 people to 25. But indoor gatherings must remain capped at 10 people.

Starting on April 2nd, the state will begin to allow venues with less than 10,000 seats to reopen at 33% capacity. This includes sports, arts, and other entertainment events. Larger venues were able to do so last week.

Concert venues and sports arenas were allowed to reopen on February 23rd, as well as movie theaters in early March. Places like Broadway and many other iconic New York institutions, however, have been shut down since last year.

So far, various venues throughout the state have already begun planning live performances. Lincoln Center for the Performing Arts, for example, has announced various outdoor performances for the spring.

This does not mean all of Broadway is reopening. Some shows aren’t likely to open until after Labor Day Weekend. Unfortunately, many venues have closed their doors because of the economic hardship sustained from the pandemic.

Additionally, wedding venues can resume as long as they remain capped at 150 people and follow specific social distance guidelines.

As of early March, statewide positive test rate averages have remained steady at around 3%, down from a 7.94% high during January. The surge came following holiday gatherings and travel.

Governor Cuomo continues to urge residents to stay vigilant and adhere to the state’s guidelines. This includes face coverings and social distancing. Though, some semblance of normalcy is on the horizon. 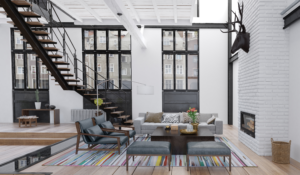 Venue House: The Crème de la Crème of Locations For Your Next Exclusive Experience!

Venue House is an online marketplace of curated
luxury venues and houses to accommodate
your next memorable experience.

Register with your email

Please enter your username or email address. You will receive a link to create a new password via email.

BROWSE & BOOK TOP RATEd EVENT VENUES. ALL IN ONE PLACE.

Enter your event details below.